IT Decision Makers: New Titles in IT You Need to Know 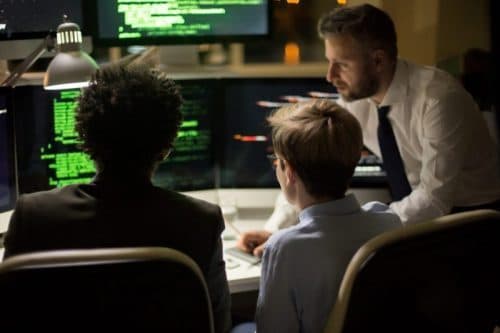 Titles in IT You Need to Know

One of the biggest challenges in IT sales is getting caught up in conversations with people who are either low on the chain of command or don’t understand why your product or service is important to their business. Ideally, your time would be better spent selling to the people who can actually move your deal to closure—in other words, IT decision makers and leaders.

IT departments have certain influencers who guide the direction for the rest of the team, however sprawling those departments might be. These are the decision makers you want to talk to.

While the trendsetters and influencers may vary from company to company, there are several important, progressive titles you should look out for when investigating an IT team.

A growing IT title, the Chief Data Officer (CDO) is responsible for managing the entirety of an organization’s data and helping integrate data into its decision-making process. The CDO is much newer than other roles in IT, and the responsibilities integral to the role are still evolving and changing.

Data architects design, deploy, and manage an organization’s data architecture. They develop rules, policies, standards, and models that govern how data is collected, stored, arranged, integrated, and used. The job title implies that they are responsible for the very architecture that defines the data and dictates its direction, from conception to realization.

Data architects have major influence on how IT departments operate. They must be fluid and progressive in the decisions they make.

An Internet of Things (IoT) architect builds IoT architecture that adequately consolidates an organization’s different devices and platforms into one cohesive entity. A major part of the architect’s role is developing a vision and culture of IoT within the organization that can be clearly communicated internally and externally.

IoT architects have direct influence on the culture of their company and the solutions that an organization provides, and they can be one of your most valuable targets.

The Virtual Reality Engineer designs immersive, lifelike simulations of environments. For example, in the construction industry, a virtual reality visualization is used to show project stakeholders every detail of a build site in extremely high quality.

The Augmented Reality Engineer designs ways for digital information to be imposed onto a visualization to enhance the experience.

What makes these engineers so valuable to IT sales and marketing teams is that they are on the cutting-edge of the some of the hottest and most sought-after technology on the market. According to International Data Corporation, 81.2 million units of virtual reality and augmented reality headsets, for example, are expected to ship by 2021. As virtual reality and augmented reality technologies are still relatively new, organization heads are looking to these individuals to guide them in the right direction and help them prepare for the future.

Like virtual reality and augmented reality, machine learning and artificial intelligence are poised to revolutionize markets across the world, completely changing how people interact with technology. Machine learning and artificial intelligence architects are navigators of a future where technology acts and evolves independent of human intervention, and organization heads know it.

A new report from industry market research firm Vanson Bourne reveals that 80 percent of enterprises around the world are investing in artificial intelligence. The study also predicted lots of future hurdles and challenges foreseen, such as:

How to Pitch to IT Decision Makers

Influencers within an IT department will vary, depending on the industry and the overarching vision of the organization. When seeking out IT decision makers, ask yourself:

If you are struggling to capture IT leads, Intelemark can help. Our customized appointment setting and lead generation campaigns in the technology sector help deliver your solution to the right people in IT. We understand how this fast-paced industry thinks and what IT leaders and decision makers are seeking.